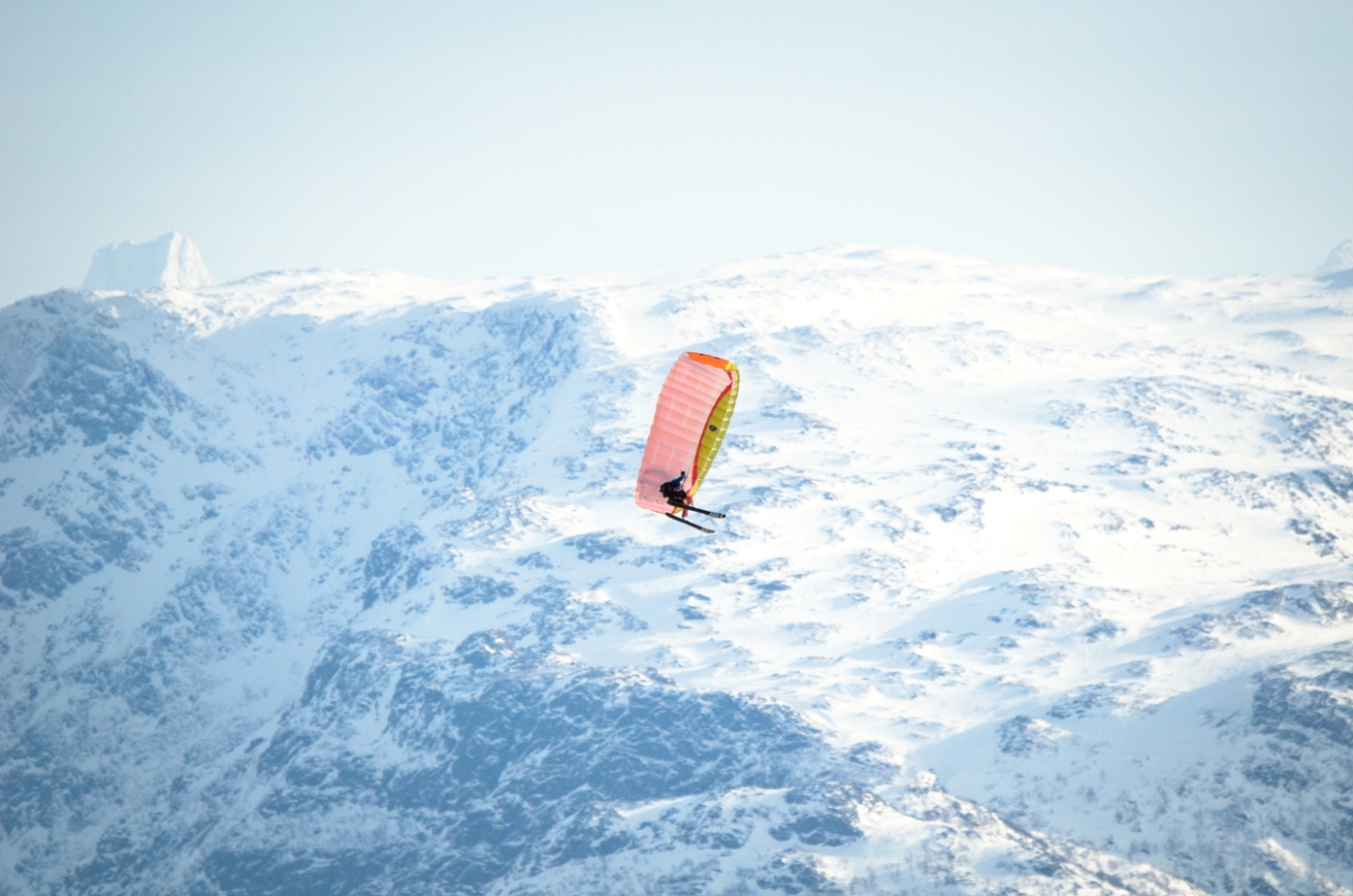 In a single word, Fjellsportfestivalen (pronounce the j as a y) means “Mountain Sports Festival”. I was really stoked to join the photography team of this event because I couldn’t have expected a more unusual opportunity. Long story short, I was looking for a crevasse rescue training in English, to no avail, and my friend Mette found an avalanche awareness course at this festival. Due to a relatively high price and unable to foresee using this knowledge in the near future, I decided to just go to the festival, ski and capture some of the action. Plus I was excited to get out of the city and see more of Norway in winter (since this was before Expedition Amundsen). In good low-budget traveling fashion I turned to Couchsurfing (CS) to find interesting locals and a place to stay. The search didn’t take long and I probably got the best host I could hope for. Out of the people who could host travelers in Sogndal a woman named Sofie struck me the most: a skier, snowboarder and alpine climber. She accepted my request and it turned out that she was also attending the festival as a volunteer photographer. Just perfect! 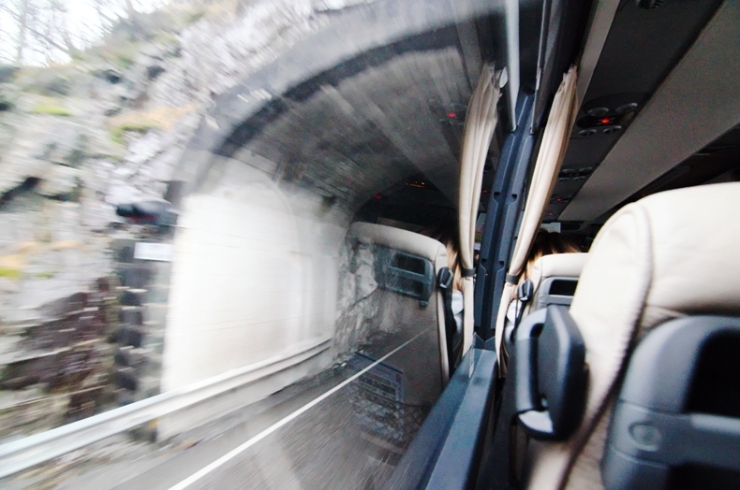 The festival was based in the town’s “Quality Hotel” across the road from the bus station where I arrived. We met there and right away Sofie introduced me to the photography coordinator to see if there was any chance of joining them for some of the activities. Showing off my biggest lens probably helped, but Katrin was really nice and took me onboard! It was Wednesday evening and my first mission was to shoot “speedriders” on Thursday morning. Speedriding is a form of paragliding with skis, or skiing down a slope to fly off with a paragliding wing. How good is that!? Having settled this the priority now was to get to Sofie’s place, drop my bags, eat and rest before the action began.What you don’t necessarily learn from a few messages via CS is that your host might live a decent hike away from the city center. We stopped by some friend’s house for tea and cake and then it took us about 45 minutes around the mountain slope while carrying my bags and skis. Unexpected again, but hey, I also came here for sport! 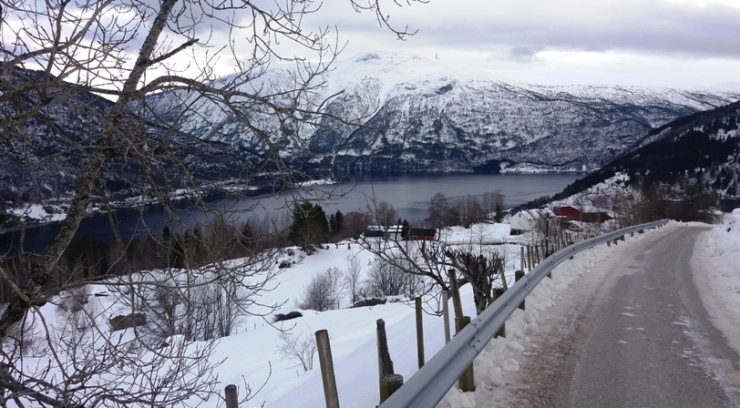 The next morning we grabbed a quick bite before hiking down and once at the hotel I jumped in a car with two speedriders. The day was looking great: the sun was out, wind was low and slope still good from the previous snowfall. We all happily had breakfast at the Hasflo ski station before a briefing. Since I didn’t understand a word of it, I took a few shots and went outside to meet the snowmobile guys from the ski station to arrange a ride. I had never been on one before and my “driver”‘s job there is to start and watch over the various ski lifts. He was well used to his machine and instructed me to hold on very tight. No choice: he gunned it all the way through and I was cursing for not having a GoPro or compact camera to record some of it! We stopped mid-slope at a small cabin and he left me there to warm up as he went off on patrol. 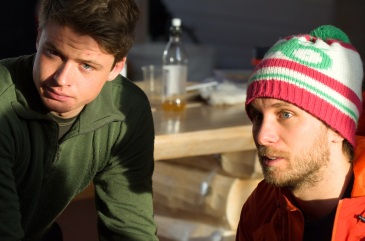 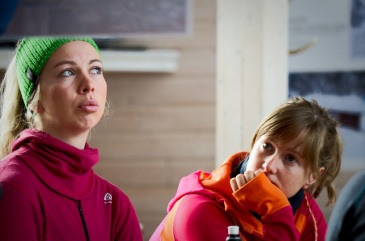 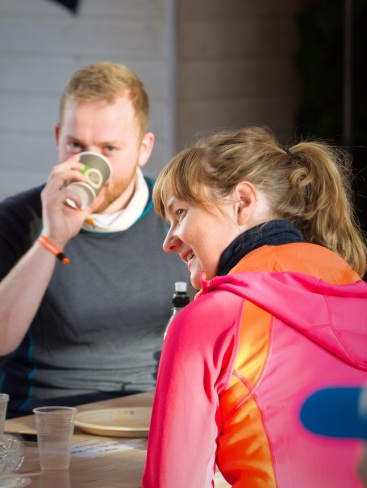 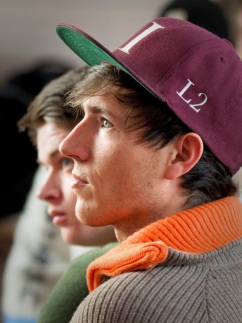 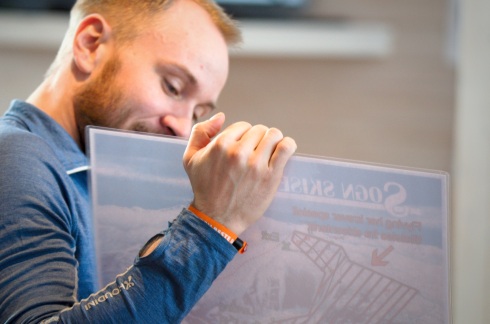 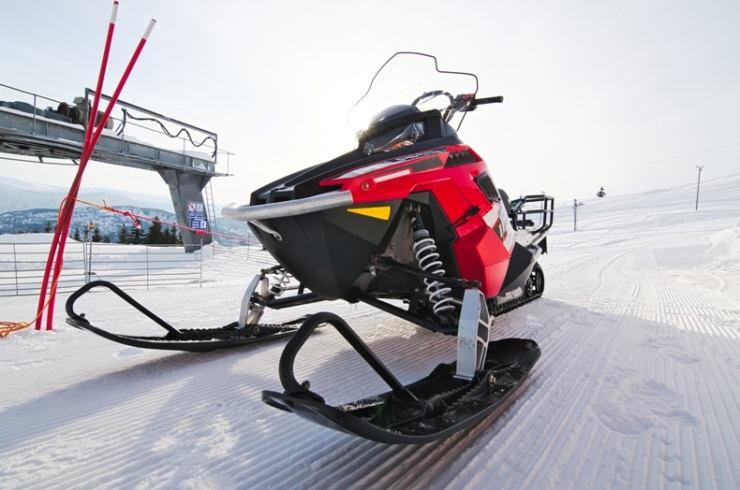 The cabin was facing the last lift up the mountain so I could see the riders going up. I was told I could anticipate the first flights within the next 10 to 15 minutes. I stayed outside there for a while with a great angle of view, “shooting” them as they flew with the beautiful mountains in the background. You could see how much they were enjoying it and making the most of the festival by how often they showed up on the lift again! 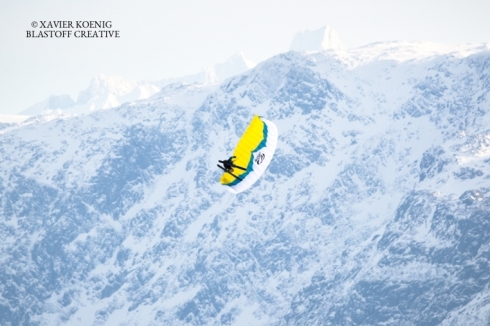 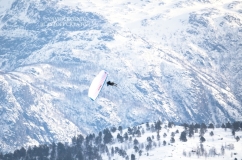 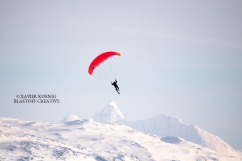 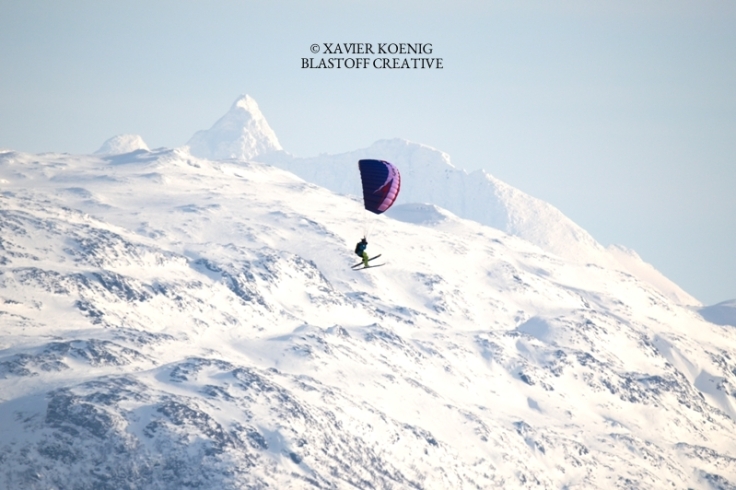 Perhaps 30 minutes later my ride showed up and we went to the launching area at the summit. At that point my camera was very cold and I was afraid of changing lenses. My wide angle would have been great, but I decided to keep my telephoto on and walk further away, looking for the view on the Fjord as well. I went knee-deep into the snow without skis or rackets and covering 50 meters took quite some time, sweating and getting snow in my boots in the process. Due to the slope’s direction and how far down the riders started to fly (they had to pick up speed from skiing), that location wasn’t ideal but it was fantastic to be up there and feel part of the ambiance. From climbing, windsurfing and other sports I could relate to that focused excitement you get when you’re about to launch into something slightly scary but giving you so much freedom… I can only imagine the sensation this must provide. 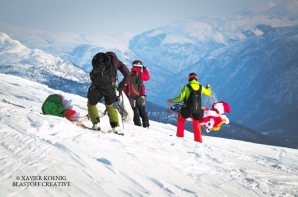 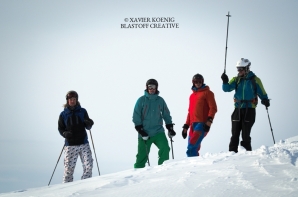 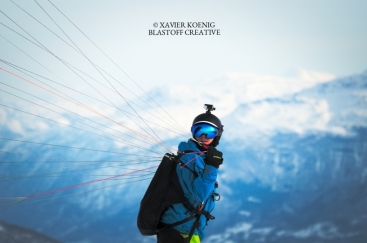 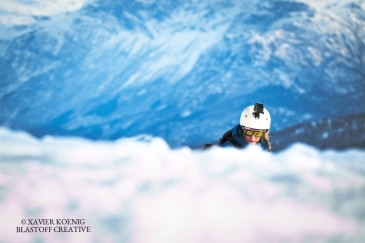 Earlier I was told about a “slalom” I had to shoot so I didn’t stay too long at the top. Closing my snow scooter experience with another thrilling ride, I was dropped off at the bottom of the slope and waited, expecting to see regular slalom skiing. Wrong. The same guys came down grouped at first and slowly spreading as they ricocheted along. In the end I got to meet and speak with quite a few of them, really nice guys and girls and obviously slightly crazy. 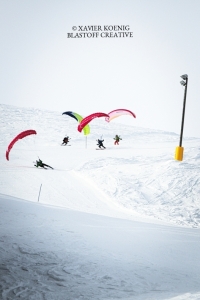 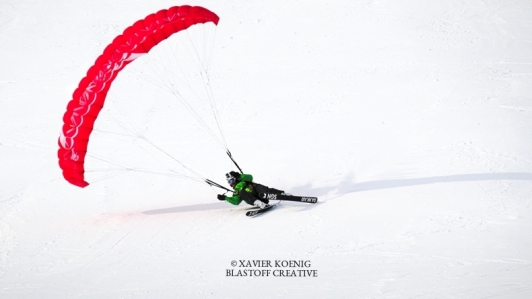 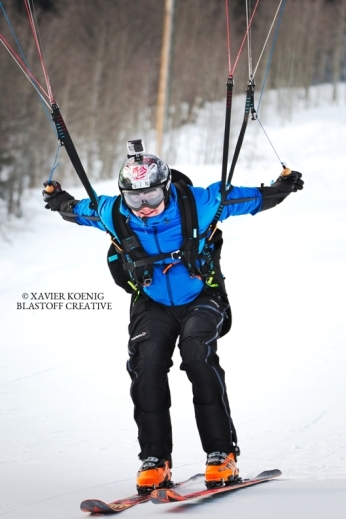 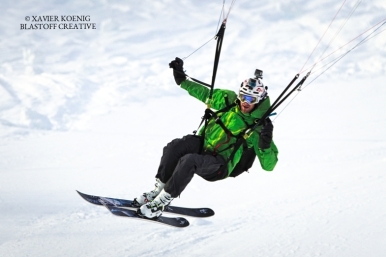 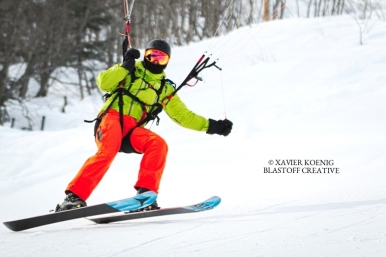 In the following two days the ski and photo conditions weren’t optimum because of cloudy weather, giving a flat light that could prove dangerous for back-country skiers. This is something I didn’t know about before: with speed and very little contrast in the grey-white landscape, you can misjudge distances or even not see sudden drops or skylines, putting you at risk of losing control. Anyhow I had more than enough to stay busy, editing and transferring photos, trying out demo skis on easy slopes in Rindabotn, getting lost late at night on my way to Sofie’s place, hanging out with her and other volunteers and indeed enjoying the festival, like Katrin insisted I did (I was quite absorbed by my photo job).  In the end we were always out early in the morning and back so late that I didn’t get to ice climb and photograph the amazing house I stayed in properly. No big deal. I had a lot of fun and am grateful for meeting more mountain minded Norwegians! 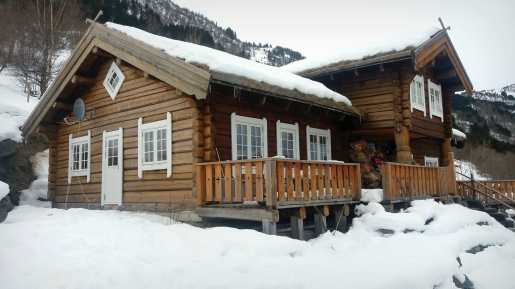 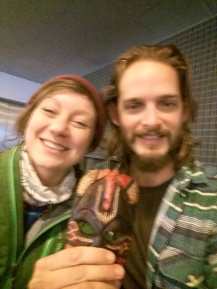 For a larger selection of speedriding images, follow the link to this gallery. Full resolution files are for sale: just write me at xgh.koenig@gmail.com with the file name of the photo you like.